IBBAB was founded in 1973 as a company for medical device design and manufacturing and for contract design and construction of radar test systems.

The first medical device designed was a digitally controlled high frequency lesion generator. In 1979 a computer controlled lesion generator was designed (one of the first computerized HF surgical generators in the world), and produced for some Swedish hospitals. In 1982 the computerized, automatic bipolar coagulator, the Coa-Comp, was invented and this became the main product of the company for several years and it is still an important product for IBBAB. 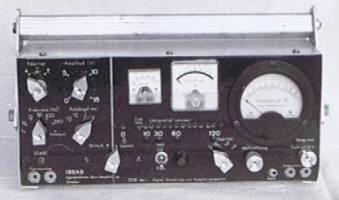 In 1997 IBBAB developed a PC-controlled rhinomanometer (for measuring the effects of nasal obstruction). The design was based on a research project at Malmö General Hospital (MAS), Sweden. The rhinomanomter called Rhino-Comp/M is still an important product for IBBAB

Today IBBAB supplies both the Coa-Comp/M (a further enhanced Coa-Comp), the Rhino-Comp/M   and on OEM basis computerized coagulators and lesion generators as well as other medical devices and radar equipment and test instruments/monitoring equipment as can be seen on this site.

IBBAB is represented by distributors in amongst other China, United Kingdom, USA, Israel and Sweden.